So many inks! So little time!
One of the basic supplies for stampers and card-makers is the trusty old ink pad. In the early days of paper crafting, our choices were really limited, but these days the story is quite different. We have a huge range of inks that perform in different ways depending on the surfaces we’re using and the mediums we’re applying over the top. Sometimes choosing the right ink can be the most difficult part of the entire project!

Solvent Inks: Generally permanent and can be used on a wide variety of surfaces including leather, glass, wood, metal and other non-porous surfaces. They don’t perform too well on fabric given that they aren’t designed to be regularly laundered. Solvent inks should only be used in well ventilated areas.

Pigment Inks: Usually thick and relatively slow drying, pigment inks are a great choice for heat embossing. They can be either permanent or non-permanent so it’s important to check the label before using them on your project, and keep in mind that you may have to heat set the ink to dry it fully. Pigment inks come in a huge variety of colours and finishes including chalks and metallics, and they tend to be more brilliant than dye inks as they sit on the surface of the project rather than sinking in to the fibres.

Dye-Based Inks: Dye inks are the most common form of ink on the market for paper crafters. As such, the range of colours is almost endless. The ink pads come in various sizes and are made from various materials including linen and foam. The properties of the inks vary from brand to brand, and include highly water-reactive inks, which are great for watercolour techniques, as well as waterproof dye inks that won’t bleed when mixed with water-based mediums. Once again, it pays to check the label before you begin your project.

Hybrid Inks: As the names suggests, hybrid inks are a combination of pigment and dye-based inks with the associated properties of both. They tend to dry quickly, making them unsuitable for heat embossing, and they’re easier to clean up than solvent based inks. Different brands will give you different results, so it can be a matter of trial and error. 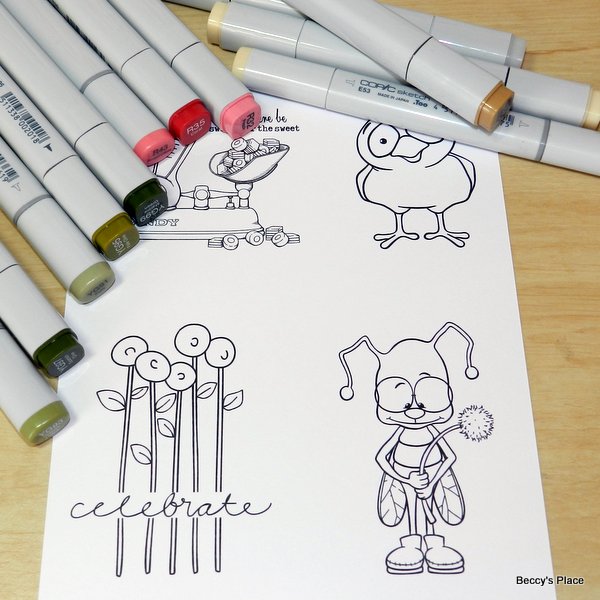