Today we've teamed up with Sparkle N Sprinkle for the release of the new "Snow One Like You" set of images.  The girls over at SNS have been working with the rubber stamp version while my lovely new team has used the digital set that contains a couple of additional images.  There are so many inspirational projects for you to look at today, plus a few chances to win the set... so grab yourself a cuppa, take the phone of the hook and come surf the net with us! 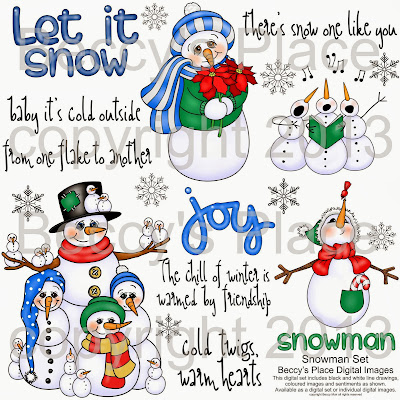 Digital Stamps Available Here
Rubber Stamps Available Here
I'm going to take this opportunity to introduce you to the work of my lovely new Designers.  They have been working with the set for the last week and have come up with some wonderful creations for you to look at.  Please visit their blogs, leave a comment on their snowman cards and automatically go in the running to win one of three "Snow One Like You" digital sets that we're giving away.  The more comments you leave, the more chance you have of winning! 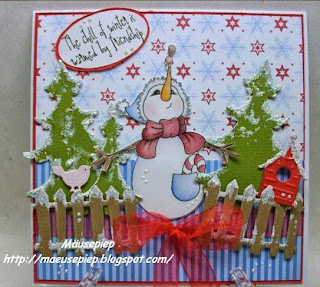 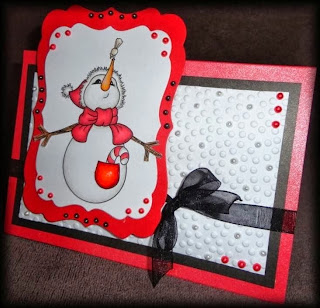 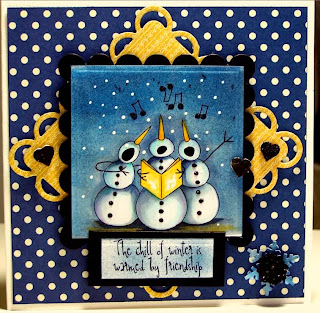 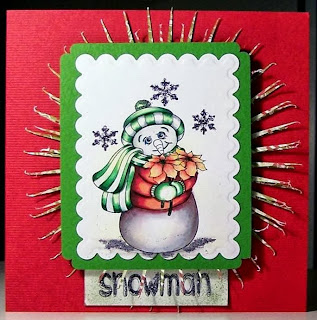 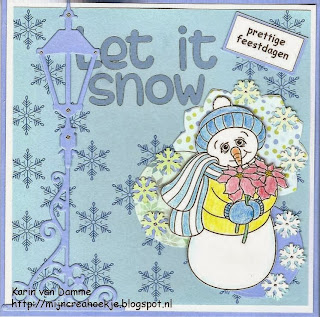 My Guest Designers have also created some wonderful cards for you to look at, and yep, leaving comments on their blogs will help increase your chances of winning one of the sets! 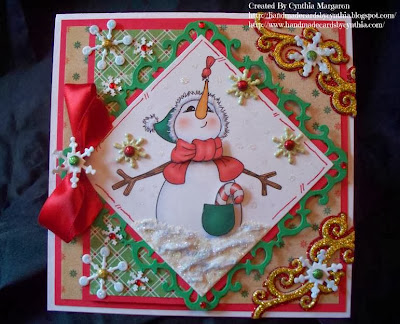 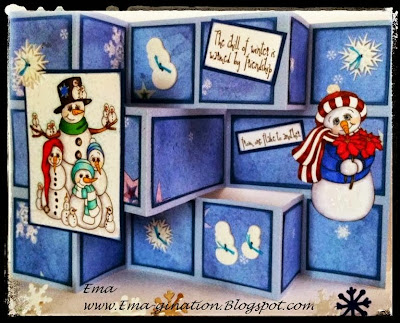 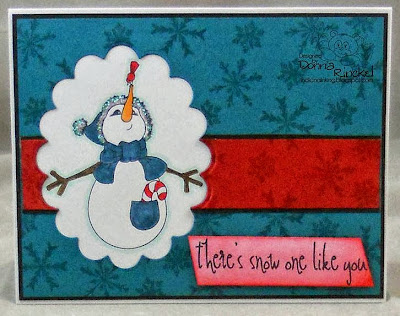 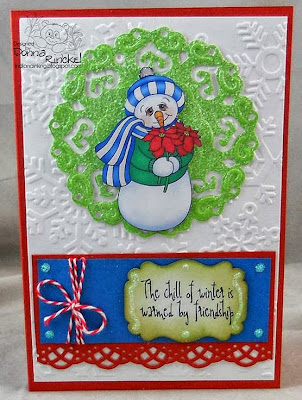 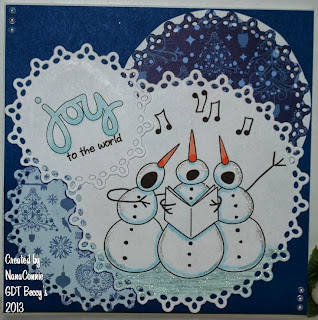 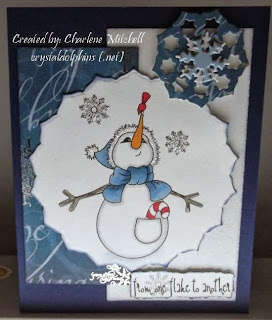 Beccy, I can see why your decision was difficult. Each card here is just lovely, and the styles are so very diverse. Thank you for the opportunity to be a guest designer. I have really enjoyed visiting each members blog and drooling over their creations.
Hugs,
Cynthia

Wow too ! amazing images and cards, well done all of you :) Viv xx

This stamp set is fantastic. I love these adorable snowmen. I'm very happy to be able to play with your new stamps again :)
Beccy, you've got another super talented DT. Love all their cards!
Hugs,
Eret

Very creative creations. Love the diversity of the design team's projects. All are gorgeous.

Beccy, this set is just adorable. I love each one of these images. Your DT did a fabulous job of showcasing your products.

Such beautiful and darling cards, your new DT has created, Beccy! Your Snow One set is cute with so many sweet details. We had fun over on SNS designing with your images in rubber! hugs, de {Creative Smiles}

(sorry, Beccy - I was up way too late with the launch and am stumbling around with comments today! LOL)

Such beautiful and darling cards, your new DT has created, Beccy! Your Snow One set is cute with so many sweet details. We had fun over on SNS designing with your images in rubber! hugs, de {Creative Smiles}

Hi Beccy -the team did well on this snowman set - what a lovely set - visited each blog and left a comment - have a wonderful week! Thanks for your challenges and lovely art work Beccy! You are a sweetheart!

Great ideas. Enjoyed the blog. Was a bit disappointed that I could not leave a comment on Stampin Hands without making my Google account public (no way) - shouldn't be this designers only option for leaving a comment on a Blog Hop.

Love those cute faces in the new stamp set. Thank you for a chance to win one of the stamp sets, though it probably will not be possible for me as I could find no way to leave a comment on Mayas Designs and didn't want to make my profile public on Stampin Hands..

thanks so much for sharing. i just love these stamp images!