Today I'm going to show you how to make the base of your woven basket using two sheets of cardstock and various tools. These little baskets are great for Easter, but would also make lovely gift bags for birthdays, Mother's Day or even Christmas. 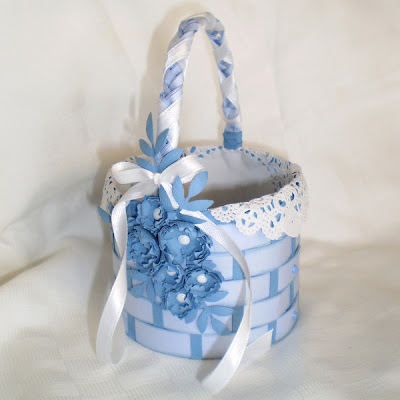 1. With your compass and pencil (or circle template) draw a circle in the centre of one piece of cardstock. The circle should be no more than 3 3/4" in diametre. Draw a number of radiating spines out from the centre of the cardstock to the edges. These should be no less than 1/4" in diametre and should be relatively evenly spaced. Don't worry about getting these perfect, it doesn't matter too much, however you do need to ensure that you have an even number of spines.