Today I want to share a fun way to colour the Three Wise Men from our new digital set, Three Kings. I've used their flowing robes as a background to create a scene within a scene, and with a few basic tools it's pretty easy to do. 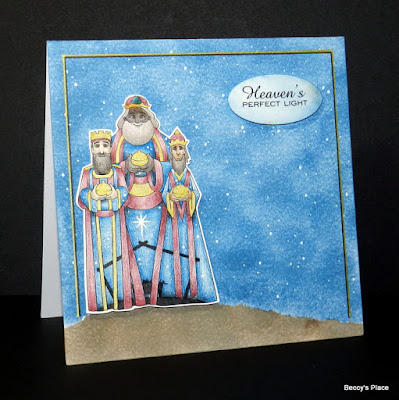 I started by opening the image of the three Kings in a Word document. Since I wanted to use their robes to create a scene, I actually widened the image to give me a little more horizontal space. I then used a blue pencil to colour my "canvas", which is the section I'll be using for the manger and night sky. I'm a visual person so it helps me to map out the area first so that I know where I'm working. 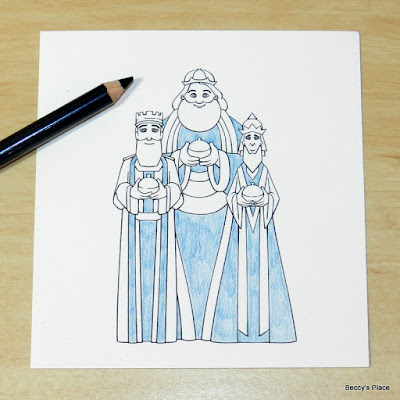 Next, I used a black pen to draw a little hill. As you can see, I only placed the ink over the areas I already coloured. 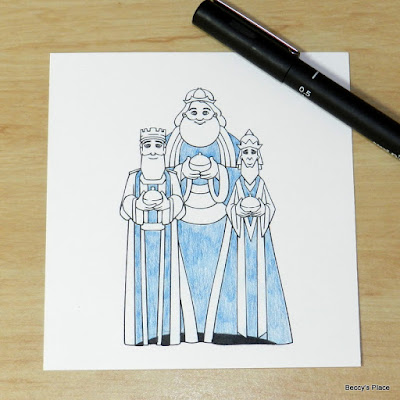 The stable is a very simple drawing... just four angled lines that cross over at the top. Again, I'm only adding ink to the blue areas of the robes. 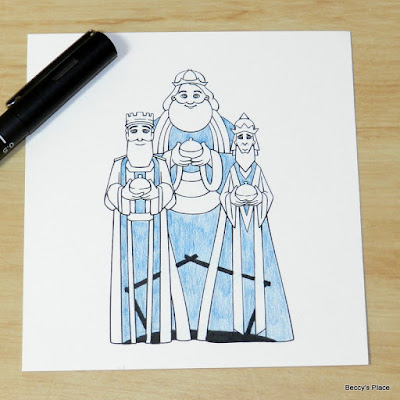 The manger is also a simple design made up of a rectangle with a "leg" at either end and then some hay poking out the top. It's such a well known and well loved image that it's almost instantly recognisable to anyone who knows the story of the nativity. 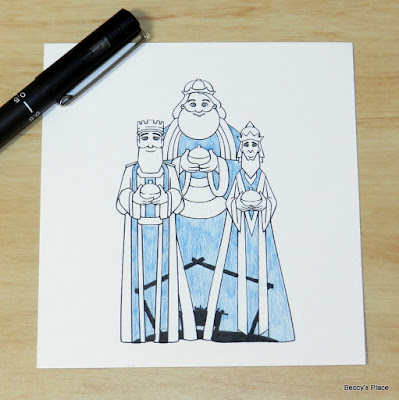 Now I coloured the rest of the image, adding shadows to the blue I'd already coloured, and filling the remainder of the image with a beautiful deep red and a metallic gold pen. 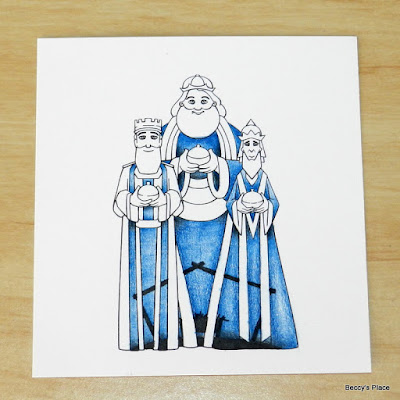 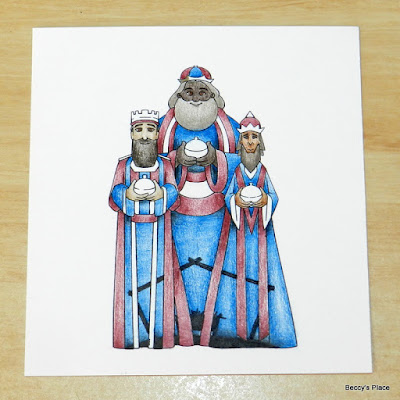 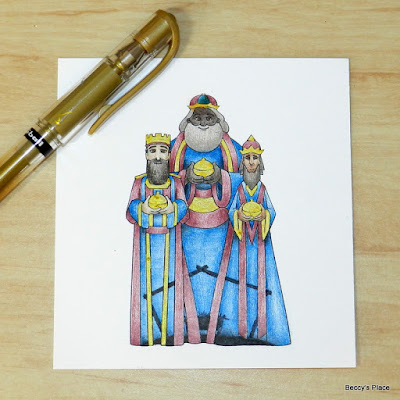 The final step is to add white gel pen for the stars. Don't forget the large star of Bethlehem that sits directly over the top of the stable. 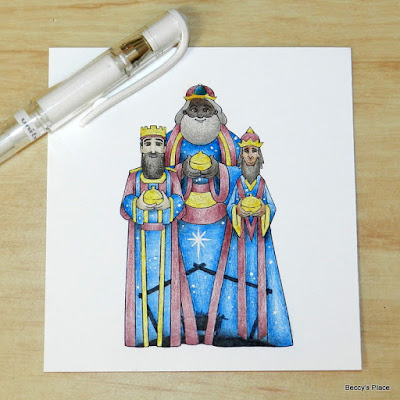 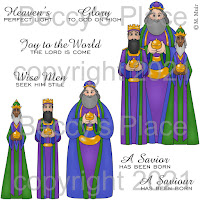